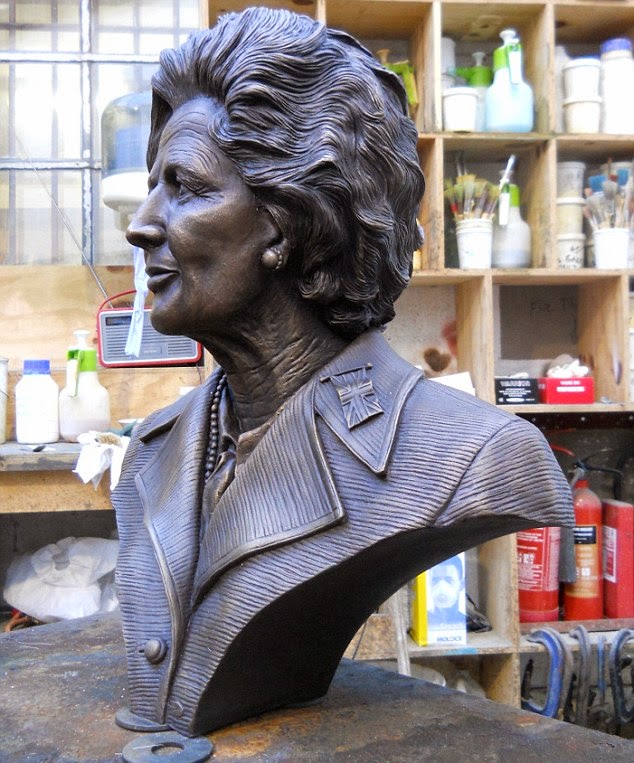 The planned unveiling of a statue of Margaret Thatcher on the Falkland Islands has sparked a furious new row between Britain and Argentina. The bronze sculpture of the Prime Minister whose forces freed the islanders after the 1982 invasion will be unveiled in the capital Stanley next month. But Argentina's ambassador to London, Alicia Castro, has condemned the statue 'in our Malvinas Islands' as a provocative move, saying: 'What the UK is doing is celebrating war.'Her anger was echoed by veterans' leader Mario Volpe in Buenos Aires. He said: 'The statue is not a symbol of democracy. It's her fault so many died.' He said Mrs Thatcher 'could have avoided the war and the deaths'. The memorial, to be unveiled by her son, Sir Mark Thatcher, at a ceremony on January 10, is seen for the first time in our exclusive photograph.Read More HERE

(RG) As we all know what we do on the Falkland Islands has got nothing whatsoever to do with Argentina, every time a penguin farts they think it is a provocative act. Invading someone else s Country and terrorizing men woman and children is a Provocative act. Great tribute to the Iron Lady.
Posted by Tony McNally at 14:49