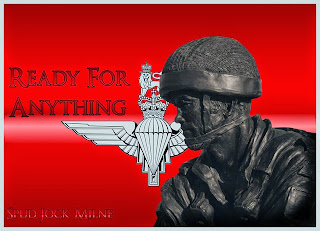 The Mirror's Alun Palmer joined veterans returning to the battlefield on the eve of today’s 30th ­anniversary of the end of the war IT has been 30 years since paratrooper Rick Cross smiled for a photo as some of the fiercest fighting of the ­Falklands War raged around him. Yesterday he returned to Goose Green for the first time, a very different man to that carefree 20-year-old corporal. “The battle came down to bayonets and bullets,” he said, struggling to describe the day which saw outnumbered, outpositioned and outgunned British forces overwhelm the Argentinean troops. Rick and fellow veterans returned to the battlefield on the eve of today’s 30th ­anniversary of the end of the war. Many admit they have struggled to come to terms with life after the conflict and returning is helping them find closure. Rick, 50, now a teacher in Lincoln, admitted just setting foot on the islands again brought a flood of emotion. “I honestly thought I could come down here, lay a few ghosts to rest,” he said. “I don’t consider myself to be an emotional person but what shocked me was that the second I stood off the plane I was emotional. "I thought possibly when I got to the battlefields, but actually taking a step off the plane set me off.” Veterans from the conflict will march in Stanley today to mark 30 years since ­Liberation Day. At Goose Green yesterday, they recalled the decisive battle which lasted a day and a night and swung the conflict in Britain’s favour. Rick paid his respects to his fallen comrades at a special memorial service at the cemetery at San Carlos where he landed during the invasion of the Falklands. Here lies the body of his commanding officer Lt Col Herbert “H” Jones, who was killed aged 42 leading a charge towards enemy lines and was later awarded a ­posthumous Victoria Cross. At least 655 Argentinians died defending the islands and the cemetery has more than 125 headstones for “unknown” soldiers.Read more HERE
Posted by Tony McNally at 01:00