MILITARY PIC OF THE DAY 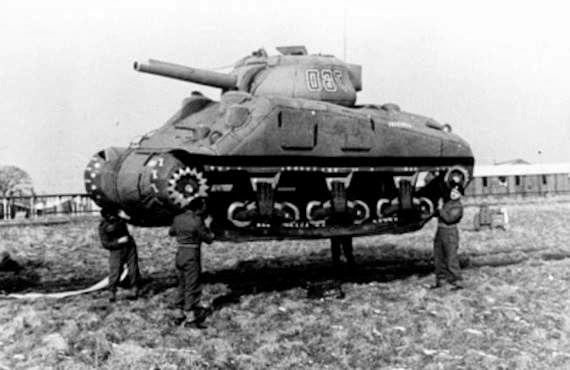 Ghost Army: The Inflatable Tanks That Fooled Hitler. The Allies saved thousands of lives by embracing the artistry of war.The Ghost Army's story was a matter of military secrecy until its declassification in 1996. Now, though, it's the subject of a documentary, the straightforwardly titled Ghost Army.

Director Rick Beyer sees the antics of the unit as a sign, in part, of how much we still have to learn about World War II. "It's a great example," he told Smithsonian magazine, "of how many fantastic, amazing, sort of mind-bending stories there still are 70 years later coming out of WWII."