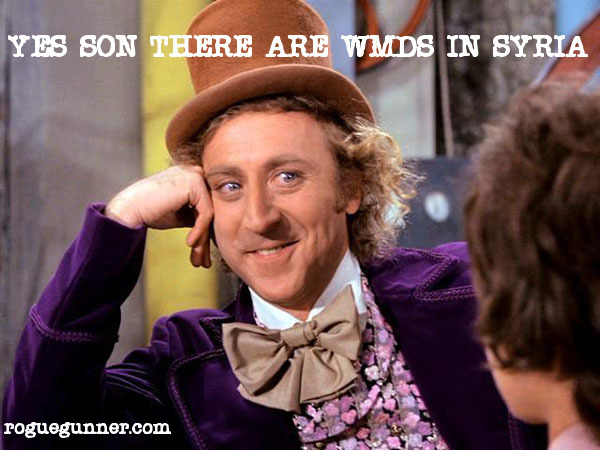 Lynton Crosby: You need to come back from holiday, Dave.

Cameron: Why? My sunburn isn't that bad.

Crosby: Obama wants to launch a missile strike against Syria and wonders if we want to join in.

Cameron: Sounds a good plan. But can't I just press all the buttons from here in Cornwall? Boom! Bang!

Most MPs: We would actually quite like to be consulted and have a vote before taking any military action.

Cameron: Well, I think it's time to say enough is enough to Assad. I don't mind a dictator indiscriminately killing his own people with conventional weapons while I sit by and do nothing, but to let him do it using chemical weapons is just too much.

Most MPs: So then what happens?

Cameron: We will just fire one missile at Damascus.

Most MPs: How do we know we won't kill innocent people?

Cameron: Because Barry tells me it's a very special missile that only kills guilty people.

Most MPs: We think you're fibbing. We think you could be about to get hopelessly out of your depth by escalating an already messy situation in the Middle East and that, before you know it, Saudi Arabia, Iran and Russia will be more involved than they are already, and we'll be fighting another war we can't win.

Cameron: So what? I want to be a statesman. I want everyone in the world to see me doing something big and clever on TV.

Most MPs: Well, we don't care what you think. We want to be recalled.

Milidee: If I may say so, I am a tiny bit nervous about military action, but I don't want to look too much of a wetty by ruling it out entirely.

Gove: You are the worst Labour leader since Neil Kinnock.

Everyone: Funny you should mention that, because you're the worst education secretary since Margaret Thatcher.

Blair: Hi Dave! Speaking, very modestly, as the best ever PM, let me offer some advice. Just tell parliament that Assad has WMD and they'll happily vote for war ...

Blair: You'll never need to take another holiday in the UK. You'll have a permanent invite to any billionaire's luxury yacht in the Med.