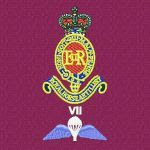 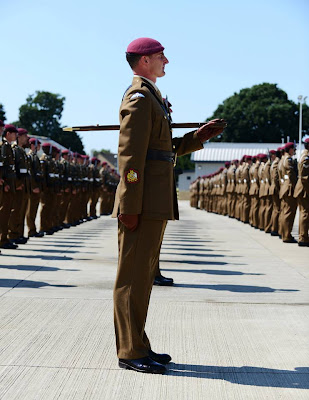 An artillery regiment has come together to formally complete the transition to a new structure to support the British Army’s rapid reaction force. As part of the Army 2020 reforms, Colchester-based 7th Parachute Regiment Royal Horse Artillery (7 Para RHA) has re-organised from five to three batteries. The unit has retained its manning levels and firepower to deliver two better-equipped gun batteries to support 16 Air Assault Brigade. The end of the restructuring was marked on 1 August with a transition parade at Merville Barracks. The event saw the formal transfer of H Parachute Battery (Ramsay's Troop) to 1st Regiment Royal Horse Artillery and the re-roling of I Parachute Battery (Bull's Troop) from a gun battery to a headquarters battery. Lieutenant Colonel Will Lynch, Commanding Officer of 7 Para RHA, said: "This has been an occasion for the whole regimental family - our gunners, their families and veterans – to come together to celebrate the proud history and bright future of 7 Para RHA. "H Para Bty has been with the regiment since 1994 and it is with sadness that we pass the title on. However, we are safe in the knowledge that in its new role with 1 RHA its strong traditions and high standards will be maintained. Read More HERE
Posted by Tony McNally at 07:30