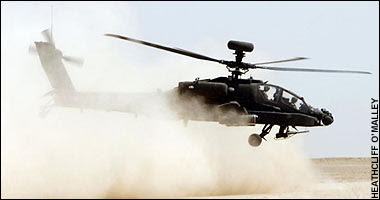 The British Army is operating with "woefully inadequate" resources in Afghanistan that are putting soldiers' lives in danger, The Daily Telegraph can disclose.
Despite Tony Blair's promise last year that the Army would be furnished with whatever equipment it needed there are still glaring and dangerous gaps in what is being delivered on the ground.
The Daily Telegraph spent three weeks on the front line with troops in Helmand province and discovered a number of alarming kit deficiencies that are making one of the world's most hostile environments even more perilous.
A total of 55 British soldiers have been killed in Helmand since troops were deployed there last year - many of them in their late teens or early 20s. Read It Here

(RG) Tony Blair’s Promise ha ha enough said. Seeing that excuse for a politician and his ugly evil witch ofDowning Street at the Falklands War memorial service made me sick,the cow thinks shes to good to curtsy to the Queen.

© Mack (RG) The thoughts of a Falklands War Veteran.
Posted by Tony McNally at 19:40