The Sacrifice our young men and woman are making Today. 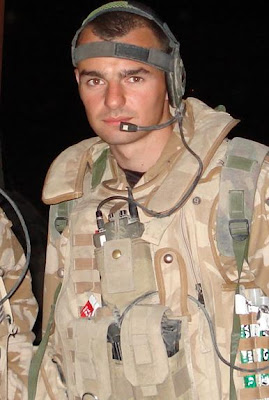 NOT many would consider him lucky. Except, that is, Lance Corporal Craig Lundberg himself.
Craig - Freddie to his pals in the 2nd battalion Duke of Lancaster Regiment - was hit in the chest by a rocket-propelled grenade while serving in Basra in March.
The field doctors who battled for 12 hours to save his life are astonished that he survived. Alive, but very badly damaged.
This week, as the British death toll in Iraq reached 150, surgeons broke the news that he will never see again.
And yet the Liverpool lad who also suffered horrific facial injuries and terrible burns during the fierce roof-top firefight with Iraqi insurgents considers himself one of the fortunate ones.Read The Rest Here