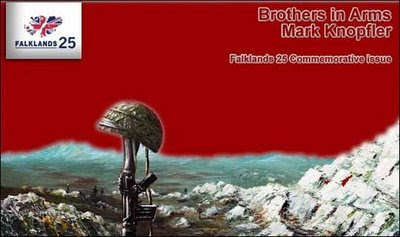 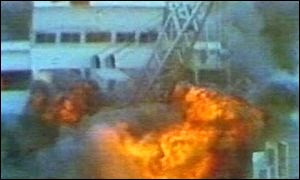 TWENTY-FIVE years ago 27,000 British servicemen earned themselves a place in history by winning the Falklands War.
June 1982 saw our forces successfully defeating the Argentineans – but many of those involved have spent the rest of their lives wrestling with the memories. They were mostly young men in their early 20s and many of them had never been involved in a major conflict before.
Three short months after the war they were back on the streets of Britain wondering just what they had witnessed.
Decades later many of those brave men have felt the need to return to the Falkland Islands to fight yet another battle – this time a deeply personal one.
Rock legend Mark Knopfler has re-recorded his Dire Straits hit Brothers In Arms to raise money for a Falkland veterans’ charity. The support group sends potentially suicidal heroes back to the islands to help them overcome their psychological trauma.
Here, four veterans explain why buying the charity single could help change the life of our Armed Forces heroes. Read It Here


© Mack (RG) The thoughts of a Falklands War Veteran.
Posted by Tony McNally at 16:39