A survivior from HMS Sheffield tells his story. 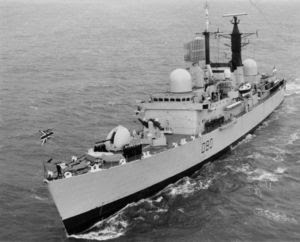 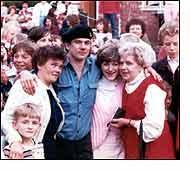 Eddie Whitaker was leading radio operator on the HMS Sheffield when it was sunk by enemy fire in 1982 during the Falklands War. A timely trip to the toilet may have saved his life...

Eddie remembers what a shock going to war had been in the first place. In May 1982 the HMS Sheffield had been in the Gulf and the Middle East for four months and they were 4 days away from being homeward bound.” One of the lads actually had been running abit of a saucy catalogue after Christmas, so a lot of the lads had various items of sexy lingerie stuffed in our lockers to give to girlfriends etc". Read the rest Here


© Mack (RG) The thoughts of a Falklands War Veteran.
Posted by Tony McNally at 13:37